Est-ce une cause de la stagnation des ‘Energies’ à propulser les entreprises -Quelles-qu’elles soient?.
Au regard des « technologies exportées » qui s’ avèrent terriblement concurrentielles par une robotisation optimisée ‘in situ’, il s’apparente une pause ‘wait&see’
Quelle pourrait être une position déterminante dans ce domaine?
Etude US / AI
Automation may be destroying jobs faster than it’s creating new ones, all hope isn’t lost ?.
New technology has upended industries for millennia. But the advent of the power loom or steam engine didn’t permanently rob men of labour. So what makes today different?
Brynjolfsson identifies various astonishing technologies lining up to encroach on human labour. Take Rethink Robotics’ Baxter, a robotic humanoid torso complete with arms, claw-like grips and a head with an LCD face. Baxter is designed to replace factory line workers employed in repetitive but as-yet-unautomated tasks, such as inserting large components into circuit boards. Baxter can be trained to carry out new jobs far more simply than its robotic predecessors, primarily by taking its arm and guiding it to where it needs to pick up and drop items. His ‘hands’ can be swapped out for suctions cups or different grippers to allow him to take on different tasks. That flexibility and rapid retraining, together with Baxter’s low price relative to other industrial robots, opens up the possibility of automating a swathe of new roles.
The steam engine was a remarkable breakthrough and really set off the industrial revolution, but as we say in the book it doubled in power and efficiency approximately once every 70 years and quadrupled after 140 years, » he said.
For most of the second half of the twentieth century the economic value generated in the US – the country’s productivity – grew hand-in-hand with the number of workers. But in 2000 the two measures began to diverge. From the turn of the century a gap opened up between productivity and total employment. By 2011, that delta had widened significantly, reflecting continued economic growth but no associated increase in job creation.
Which jobs are at risk?
So what sort of jobs does- will fall before software automation and the ability of computer systems to spot patterns in vast stores of data? Unsurprisingly, it’s those tasks that are routine and easily defined.

*Acknowledged side view of  unemployment* 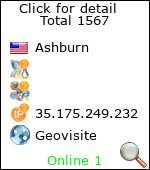